Charles has been working on this since the late 1980s and has become a leader in this field. He started working with Professors Robert Kenward and Frank Doyle at that time, and soon discovered that damage could be predicted, and therefore prevented. He achieved this for over a decade on 2,400 acres of lowland mixed broadleaves at the Charborough Estate. We are happy to carry out summer damage surveys and advise landowners and forestry staff about the follow-up control needed to minimise the damage.

Charles is a founding trustee and director of the European Squirrel Initiative and, via our company, you can obtain the latest access on what is occurring in the ever-changing world of grey squirrels.

Without control of this pest, it is impossible to grow native broadleaves for timber. Two and a half acres of mature oak could be worth approximately £45,000 after 150 years with grey squirrel control in years ten to 50, but without control, that value can fall to as little as £3,000 to £4,000. Control over the years might cost between £2,000 and £3,500 per acre – you do the maths! 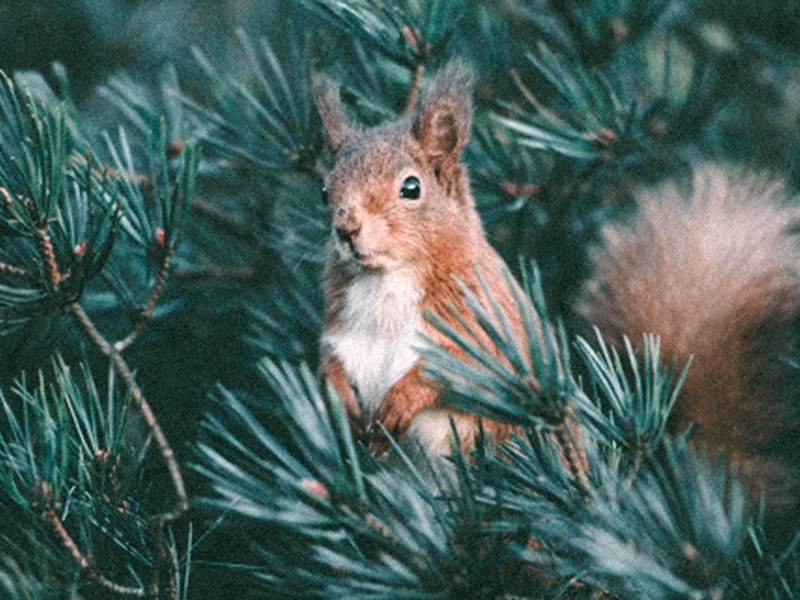 In recent years, Charles has been working on improving timber harvesting techniques in red squirrel areas based on information from abroad. He is now working on new research in connection with food selection, and breeding, by red squirrels. Charles continues to give talks to the Royal Forestry Society and various universities on the subject, and advises government departments in Ireland, Scotland, England and Italy on the subject. He firmly believes that the success of growing profitable broadleaves depends on stringent grey squirrel management.

Charles has written two books about squirrels in the UK – the first in 2004 entitled ‘The Red Squirrel – Redressing the Wrong’ and secondly, and more recently, ‘The Grey Squirrel Management Handbook’. They both look at why the UK is still faced with the problems of grey squirrel control – where did it all go wrong and what could be done better, learning from others around the world.

From traditional sweet chestnut coppice grown on a 14 year rotation (also home to the white admiral butterfly) to undamaged English oak, we have experience of managing all types of silvicultural systems, rotations and objectives to suit a range of management and wildlife aims.

Grey Squirrels destroy more young broadleaf trees in lowland Britain & Ireland than almost any other woodland pest.  The damage they do costs the UK forestry industry upwards of £45m/yr.  At last, some innovative research is under way into a long term solution.  Whilst we wait for that, we can do much to limit their damage and even grow trees which will not be damaged.  The key to grey squirrel management is to understand exactly why they damage trees in the first place.

Establishing a new wood can be a life-changing experience, regardless of whether you are a farmer or private estate. You will be creating the landscape of the future and doing your bit for the environment and biodiversity. The Government and the EU have set ambitious targets to combat climate change of net zero CO2 by 2050. The UK has around 13% tree cover against Europe’s 37%, and with thousands of hectares available across the country, there has never been a better time to take advantage of the excellent grants for planting trees. Now is the time to get planting!